Icing On The Cake

Last night, at a high school away game, in the baseball park where our boys were playing, we found an empty dugout and settled our teenager with autism in there to play video games. Her brother was playing with his team on a neighboring field. 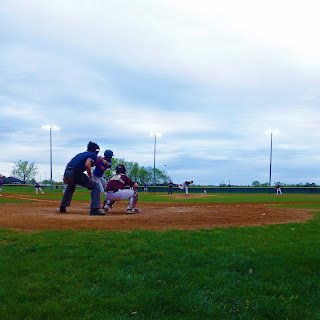 I saw a young coach approach the field where our child was hiding from the noise in the dugout. I went to talk to him. This coach arrived to lead his team of 11 yr olds in practice on the field where my teen w asd was using the dugout as a retreat from the noise. I asked if he attends the high school whose fields we were using. He told me he is a freshman at the nearby university majoring in business. He said to leave our teen w/ autism in the dugout, that he'd have his kids put their gear just outside the dugout during practice. And he mentioned he has a brother on the autism spectrum, too.

I blinked back tears. Away games are a big challenge because of the unknowns and uncertainty. Will there be a quiet place for her to retreat if the noise is overwhelming? Last night, the answer was a warm and welcoming "yes". And the icing on the cake: our boys won both games, too! 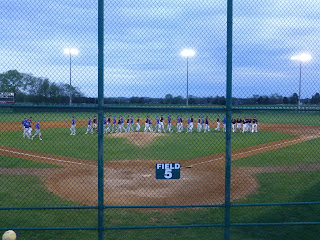