I  received a cast iron skillet or two as wedding gifts. I never learned to properly season them and wound up donating them to a thrift store. The internet and all of its helpers did not exist then and my grandmothers, both cast iron experts, were too far away. I was embarrassed to ask them for help.

I gave up non-stick cookware a decade ago.

Not long ago, my daughter's bloodwork revealed an iron deficiency. Apparently, cooking food in cast iron is one way to increase iron levels. So, I bought a cast iron skillet and got on the internet to learn how to care for it and to look for gluten free (etc) recipes.

Hash browns are absolutely lovely in cast iron if you aren't multi-tasking. My son dubbed one batch "hash blacks". Yeah, I did burn them a little. We ate them anyway. They were still tasty. 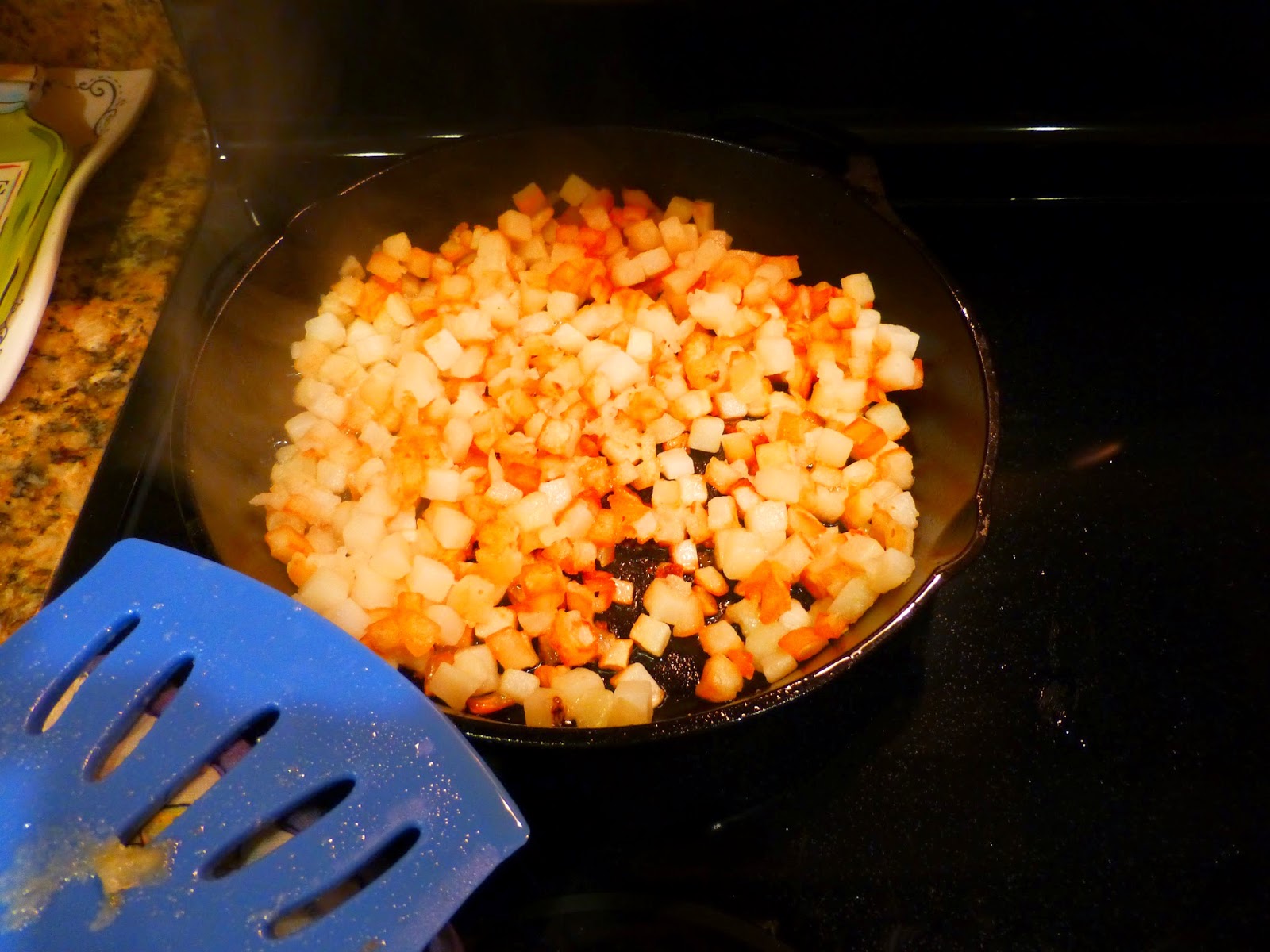 Now I am on a quest to find some good (smooth, seasoned) cast iron cookwear and to find some recipes that fit the food sensitivities in the house. Here's one I hope to try using coconut aminos in place of the soy sauce.

If you have a favorite cast iron recipe, please share it with me! I'm always looking for another new gluten and dairy free cornbread recipe to try.