I remember a long-ago trip to the zoo with several moms from my neighborhood. I had three toddlers. I took the double stroller and a harness. Eldest was big enough to walk independently. She stayed with us without a harness. One twin would stay in the stroller. But the other twin would not. I didn't know about the possibility of autism. I just knew she could escape from any seat belt and she would refuse to sit in the stroller and there was nothing I could do to make her. (Talk about making me feel like a bad mom - I could not control this child.)

And we left the zoo that day with me wondering if she had seen a single animal. Eldest saw them all. So did twin brother.

How can you stand in front of gi-normous elephants right in front of us and not SEE them? I held her in my arms, turned her body so her face would be looking toward the elephants. Not only would she not follow my gaze or point, she never saw the elephants, or any animal that day. She saw every rock on the pavement, even the teeniest pebbles.

I was tired (not sleeping much at that time), exhausted from wrestling with her all day, and very concerned, although the "a" word had not entered my mind at that point. I'm not sure why I even bothered to meet the other moms at the zoo - it was more work than it was worth - but I was so hungry for adult contact that I did the work, packed all the diaper bags, and went along.

Somewhere along the way of our journey, she did begin to see the animals, but not share them with me. She would take a peek at each animal, maybe name it, and be done. It was a task to be completed. Nothing more. A behavioral intervention got us that far.

Fast forward to the past few weeks. That child who did not see the elephants keeps asking to go to the "farm park". (The "farm park" is a lovely property that houses a huge barrier-free playground and a small working farm.) We've been three times since school began, at her request.

What a difference a developmental, relationship intervention has made! Instead of briskly walking through the farm to merely identify the animals, she wants to stand and watch them, to take it all in, to ask questions, to show me what she sees, to see what I see.

Yesterday, she spotted something unusual and showed it to me. Do you see what she saw? 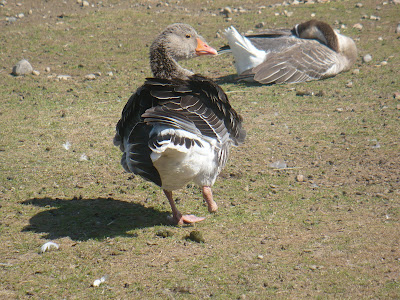 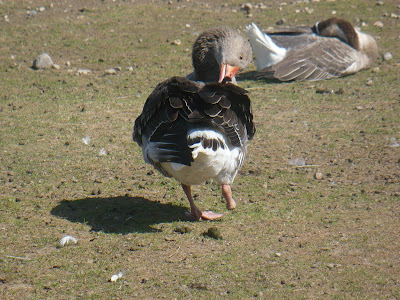 She and I marvelled at the different kinds of ducks at the farm. Who knew there were so many? Some are skinny. Some are fat. Some have hilarious hair-do's. The male mallard is so beautifully colored. He has a patch of color on his side that varies from a deep navy to a brilliant turquoise to a brilliant purple depending on how the sun hits it. We watched one stick it's tail in the air again and again as it fished in the pond for something. 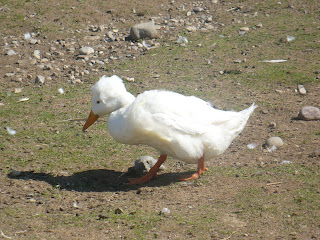 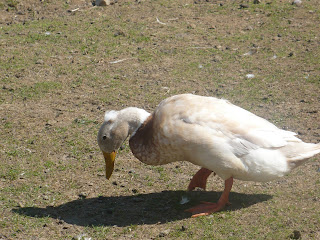 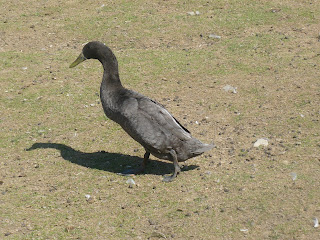 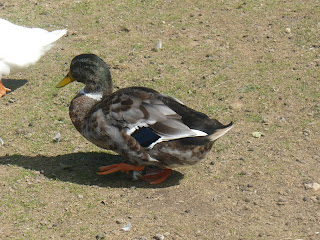 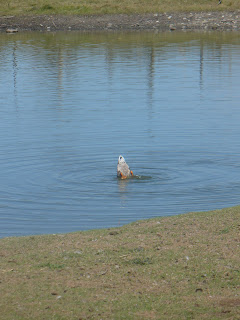 Watching the animals is fascinating. Watching them with my girl is a joy.

I loved your snapshots of the development of joint attention. The other day it was so cool that Pamela pointed out the tailless squirrel to me. She didn't have to. She could have kept it to herself. She knew it was odd and wanted to tell me what she was seeing!