Delayed food allergy testing, before and after photos

I am prompted by a discussion on a Yahoo group to post some before and after photos of my daughter. I sometimes post photos of her, simply skim my archives to see her now.

Our GFCF diet anniversary is next week: EIGHT years. We slid for several years, staying *mostly* GFCF, but using digestive enzymes to allow occasional, deliberate infractions for pizza or a sandwich on wheat bread. We've struggled on-and-off w/ eczema. I have it, too. The eczema became a family member for a while, and I wasn't sure what was contributing to it. My baby girl's face showed evidence that something was affecting her skin, but what? (Double click on the photos below for a close-up of the rash on her face.)

A "Food-Specific IgG Antibody Assessment" from US BioTek Laboratories revealed delayed food allergies to gluten, casein, soy, and several other foods, including pineapple. When we saw the lab results, we immediately returned to strict GFCF again, also removing soy. We switched to a pineapple-free enzyme, too.

My daughter's skin improved within a few days of changing the diet. I thought you might like to see the photos.

About two months after we returned to a strict GFCF diet plus soy free and a few other foods, my daughter ate a slice of pizza. I caught her with the crust in her hand. Wheat, milk (mozarrella was one of the biggies on her delayed food allergy test), and probably soy were in that slice. I gave her digestive enzymes (a bromelain-free enzyme) and crossed my fingers, hoped for the best. For two days, I saw no changes. On the third day, she was veeeeery easily frustrated, screeching more protests at me, resisting joining me in anything. On the fourth day after the dietary infraction, she was much worse, behaviorally, melting down (or as HANDLE says, "flaring up") with self-regulation decreasing. US Biotek's paperwork says that the delayed food allergy REACTION can be observed up to FOUR days later. Well, guess what? On the FIFTH day, the eczema returned to her face and legs.The pizza infraction was an eye opener for me. Having her at home with me in a homeschool setting has allowed me to see a lot more. I was missing a lot when she was in public school.

When we saw our DAN! doctor again in person several months later (we were there for one of many strep tests), he walked into the exam room and stopped in his tracks, his jaw dropped for a moment, and he turned his whole body around to look at me, asking with loud excitement, "WHAT DID YOU DO???? WHAT DID YOU DO????" I was caught off guard -- I had no idea what he was referring to (we had not seen him in a few months and I had forgotten that he had not yet witnessed the improvement in the eczema). He was amazed that we were not using any cream or ointment or anything on it. We just changed her diet.

Here's a BEFORE food allergy testing revealed some delayed food allergies that we didn't know about: 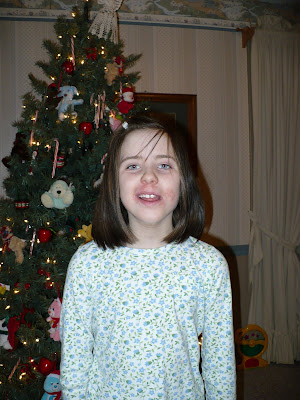 And here's an after (these photos are taken a year apart) 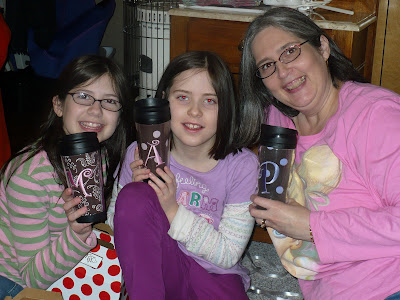 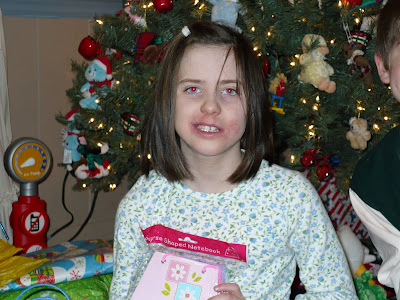 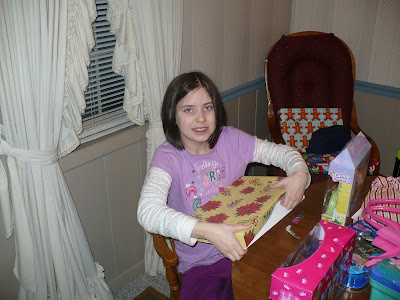 She is very blessed to have you as a mom! What a struggle that must have been for you to discover all this. Of course, the improvements made it all worthwhile! God is good all the timee!

I remember Pamela's pediatrician telling me that I read too many books when I asked about links between autism, eczema, and diet. Since all of his other efforts to pooh-pooh my alternative therapy trials turned out to be wrong, I ignored his advice to "keep giving her the creams because eczema is chronic and incurable." After we moved, Pamela went gf/cf and we treated her for yeast. I guess her eczema went into remission since it is chronic and incurable! LOL!!!